This $15 billion sum may be significant enough to amount to almost 9% of Apple’s gross profits. 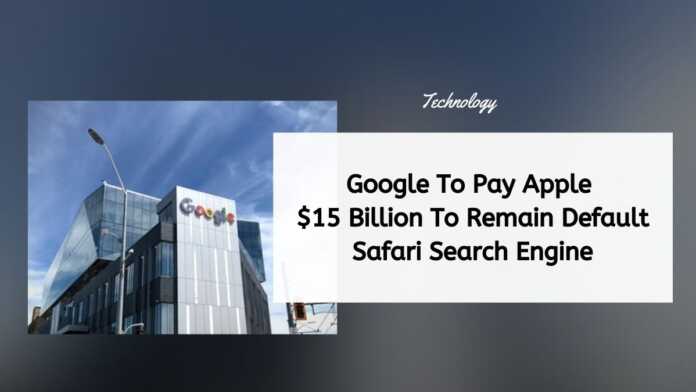 According to reports, Google has drastically increased its payments to Apple to place Chrome as the default search engine on Safari in iOS and macOS.

This information comes via a note from Bernstein analyst Toni Sacconaghi which was first published by Philip Elmer-DeWitt at Apple 3.0. Not only is Chrome the default search engine on the Safari browser on iPhones and Macs, but it is also the default option on Spotlight searches on Mac and Siri search results.

According to Sacconaghi, Google could be paying nearly $15 billion in 2021 for this default placement. This is an increase over the $10 billion the company paid last year for this same exclusivity. This is also a massive increase from the $3 billion Google paid in 2017.

The analyst is of the opinion that Google is likely paying larger sums to Apple to ensure that Microsoft does not outbid it. And this $15 billion sum is significant enough to amount to almost 9% of Apple’s gross profits.

This investment is important for Google and parent company Alphabet and profitable too. Other ventures like Waymo and Google Cloud are yet to generate any profit for Alphabet, but the ad business is running strong. In July this year, Google reported record-high quarterly revenues and profits powered by the rise in advertising spending.

As long as Google manages to remain the default search engine on Apple’s platforms, it benefits from placing mobile ads on searches and websites visited.