Google To Integrate Chat Shortcut On Gmail For Android, iOS

The Gmail app could soon receive an integration for Google Chat. 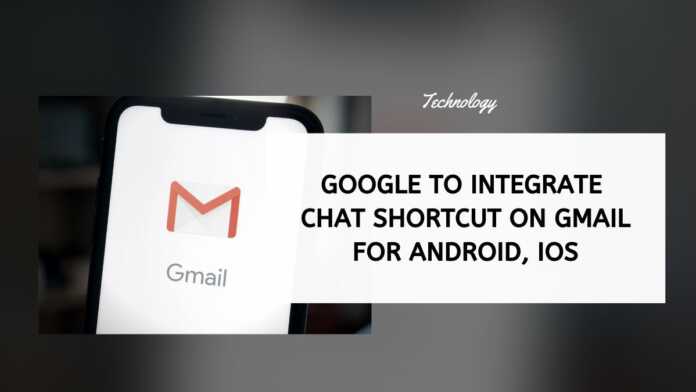 As per the reports, Google is now working on integrating a shortcut for ‘Chat’ in the Gmail app.

The APK version of Gmail has indications for two features called ‘Chat’ and ‘Rooms’, according to a report by 9to5Google. Google Chat is for one-to-one conversations while Rooms is for group collaborations, the report added.

The strings for these two features also mention that Google will introduce them to both consumer and enterprise users.192.168.1.4: IP Address Facts And Use for Local Networks

Google had rebranded Hangouts Chat as Google Chat earlier this April. This was shortly after it changed Hangouts Meet to Google Meet for its G Suite customers.

However, Google made Meet free for everyone as dependence on the platform grew in the past few months. It looks like Google is working on bringing more such features to all users.

Google is also integrating these features like Meet and Chat to Gmail so that users can communicate within one app itself.

Google Meet integration in the Gmail app for Android and iOS is still not available for all users. On Gmail’s web interface the Meet shortcut is visible on the left tab of the page.

Google Meet is available as a standalone app for both Android and iOS. But the integration just aims at making it easier for users to start or join meetings.