Google To End Support For Android V2.3.7 And Lower 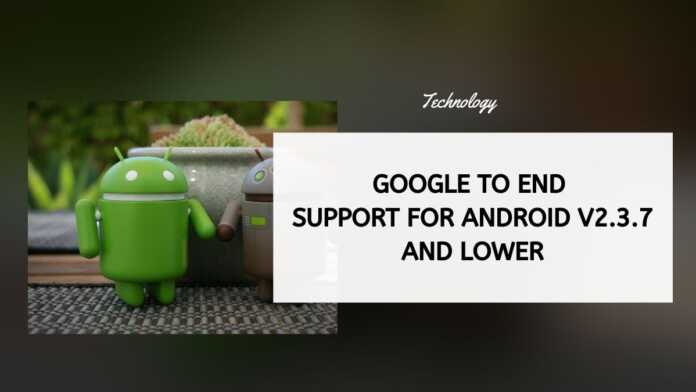 Google has announced that from September 27, 2021, it will stop supporting sign-ins on old Android smartphones running on version 2.3.7 or lower.

This means that users who are using the old and outdated versions of Google’s mobile-based operating systems on their smartphones will no longer be able to use their accounts on Google apps like Gmail, Google Search, Google Drive, YouTube post the mentioned deadline.

The company has cautioned the concerned Android users that if a system update is not available for them, which means that if their devices are outdated, they will be greeted with an error message with username and password error when they try to sign in to any of the company’s services.

It is worth noting that while Android smartphone users who are running version 2.3.7 or lower on their devices will not be able to sign-in to Google apps such as Gmail, Google Search, Google Drive, YouTube, they still will be able to access these platforms via the phone’s browser. “You’ll still be able to sign in to your account on your phone’s browser,” the company wrote in the mail.