Roku previously removed the YouTube TV from its platform after Google and Roku failed to reach a deal to retain the service. 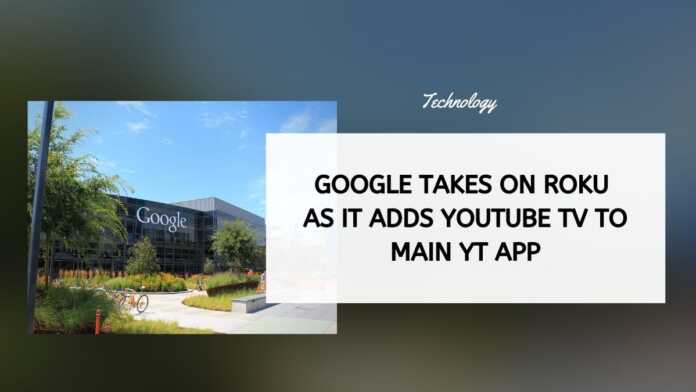 Google has found a workaround to continue offering YouTube TV on Roku, which recently removed the service from its platform. Google has reportedly updated the main YouTube app on Roku to bring direct access to the YouTube platform.

The latest update allows Roku users to continue using the service without worrying about the availability of the YouTube TV. This update will be rolled out to all YouTube TV users on Roku over the next few days.

“While we roll out this new feature we also want to give you an update on where things stand in our negotiations with Roku as we know that’s on many of our members’ minds. We’re still working to come to an agreement with Roku to ensure continued access to YouTube TV for our mutual customers,” Google said in a blog post.

Google also revealed that the company was holding conversations with Roku to ensure new devices meet its technical requirements.

“We’ll continue our conversations with Roku on certification, in good faith, with the goal of advocating for our mutual customers,” the company added.

Earlier, Roku had removed the YouTube TV from its platform after the distribution agreement between the two expired. The company informed users about the change and asked users not to uninstall the YouTube TV app.

“We have only asked Google for four simple commitments. First, not to manipulate consumer search results. Second, not to require access to data not available to anyone else. Third, not to leverage their YouTube monopoly to force Roku to accept hardware requirements that would increase consumer costs. Fourth, not to act in a discriminatory and anticompetitive manner against Roku,” Roku had said.

As expected, Google refuted the allegation and accused Roku of abusing its dominating position in the streaming hardware space.