Google had launched Stadia on the Play Store in November last year. 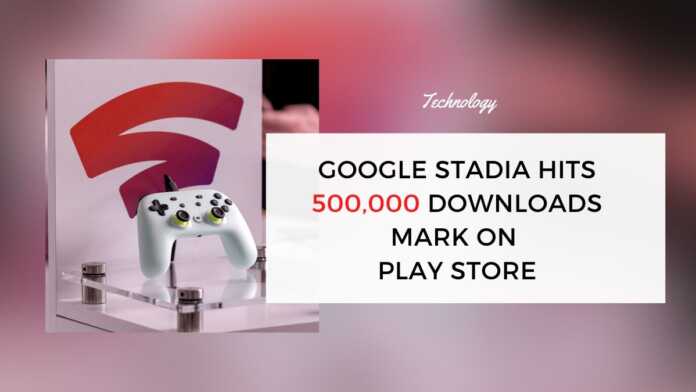 Google Stadia, the cloud-based gaming platform, has gone past 500,000 downloads on the company’s Play Store. The platform achieved the feat in less than five months of its debut on the app store in November 2019.

It is worth noting that Google Stadia is available on a handful of phones and limited to select regions. Google, however, is gradually expanding the platform to cover more non-Google mobile devices.

The latest update comes shortly after Google launched three months of free Stadia access to Chromecast users. Google is also said to be working on a variety of new features.

Stadia users will soon get YouTube streaming and family game sharing. The last update to Google Stadia primarily focused on minor tweaks to the interface.

Google is said to be working on a Stadia Base with Stadia Pro free trial along with YouTube live streaming support. There will be more features to the cloud-based gaming platform in the future.