Google has also rolled out an update that would let the Stadia Controller ‘capture’ screenshots and video clips on Android. 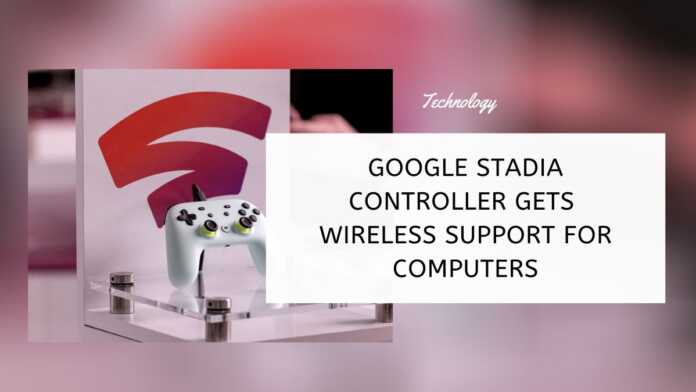 Google has announced that Stadia Controller would finally work wirelessly with laptops and desktops.

“You’ll be able to link your Stadia Controller and Stadia.com through your Wi-Fi network and play without a USB-C cable connection,” it added.

At the launch in November, this capability was restricted to the Chromecast Ultra when playing on televisions.

Google has also rolled out an update that would let the Stadia Controller ‘capture’ screenshots and video clips on Android.

Captured screenshots and clips will be stored automatically on the user’s Stadia account.

One can buy a Stadia controller for $69. However, the Stadia Premiere Edition bundle is for $129, which also includes a Chromecast Ultra and three months of the paid Stadia Pro subscription.