The service was available for a monthly fee of $7.99 to US users. 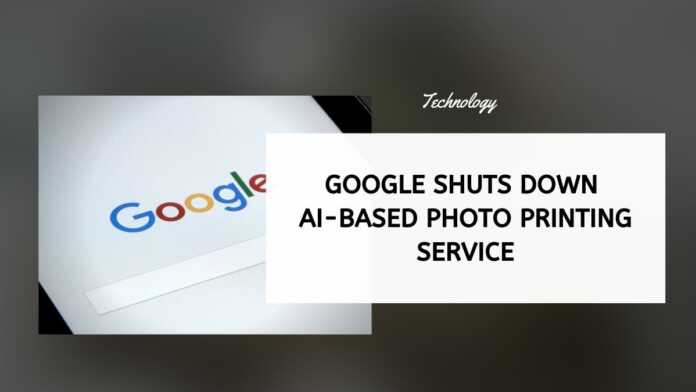 Google is shutting down its automated Photos printing service on June 30 in less than five months of its launch. Right now, it is not clear why Google is ending the service.

“Thank you for your invaluable feedback these last several months. You have provided us with a lot of helpful information about how we can evolve this feature, which we hope to make more widely available. Please keep your eyes open for future updates,” said Google’s note to subscribers.

Google’s AI-guided program allowed the algorithms to pick the best photos from Google Photos’ library. Available for a monthly fee of $7.99, it provided up to 10 4×6 prints of the photos. The algorithm picked photos from the last 30 days in your library.

While the AI did most of the heavy-duty, Google also allowed users to personalize it by giving options such as “people and pets” and “landscapes” for as preferences. Users also had the option to personalize the photos before printing them.

Google’s Photos print service was believed to be part of its efforts to help users embrace “digital wellbeing.”

Apart from physical photos printing service, Google has also experimented with Paper Phone, which is a paper with key contacts, maps, and meeting details printed. Other experiments include Desert Island, Unlock Clock, and Morph among others.