Shared by a user on Twitter, this feature showed up when he searched for the term ‘Packers’ in the Google search app. 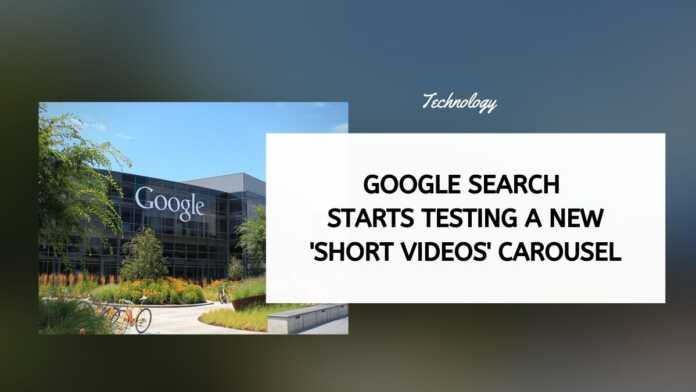 Google has been spotted testing a new dedicated carousel to show short videos just like the ones seen in potential rival TikTok and Instagram Clips.

Some users have found this feature on iOS and Android mobile phones. However, its official release is not dated yet. It has also been mentioned that this short video carousel is different from the ‘Stories’ tab that was launched by Google back in October.

According to a report from Gizmodo, this feature seems to be an expansion of the one found inside the personalized Discover tab in the Google app earlier this year.

While the original version showed videos from YouTube and Tangi – Google’s own short-video platform, the new updated feature additionally shows videos from Instagram and Tiktok.

The feature was confirmed recently by a Google spokesperson to TechCrunch. However, it has been also mentioned that this is in the early stages of beta testing on mobile devices. So, not everyone will see it. It is also not for sure if this feature will finally make it to the masses or not.

Shared by a user on Twitter, this feature showed up when he searched for the term ‘Packers’ in the Google search app. After scrolling down the page, he found the short video carousel including videos from TikTok and Instagram.

This move seems to be Google’s biggest one considering it will show you more content other than text and videos with easy access. It has been mentioned that tapping on the short video will open the platform so web version.

It’s worth adding that the web version opens because this will also let users hit the back button and return to Google search instead of moving to a completely different app and leave Google’s platform.