Google Search Gets A New Font, Other Tweaks On The Desktop 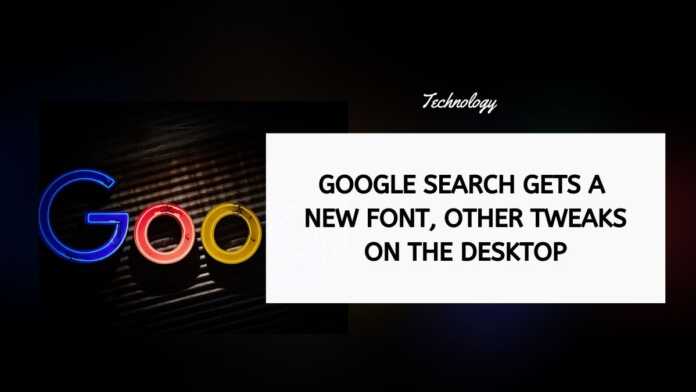 Google announced a bunch of changes coming to Search’s mobile app. Now, word is that some of those changes have started to trickle down to Google Search’s desktop-based platform as well.

As per a report by 9To5 Google, some of the changes that Google announced last week in its Search app, are now available on the desktop search results page.

One of the many changes that you can now see is in the case of the blue underline that marks the selected category. This blue underline has been shrunk slightly to match the changes made in the Search mobile app.

Further, Google has changed the font language to Google Sans. This is perhaps the single most important change that the company has made to Google Search’s desktop-based interface.

Google Sans is now being used for page names and Search controls. Earlier, it was being used in the case of section headers only.

That said, Google hasn’t completely eliminated Roboto from Search’s interface. The font is still being used in case of site descriptions and other longer texts.