Google Reduced Its Developer Fee By Half On Play Store

Google announced that the reduced fee will be applicable on the first $1 million of total revenue earned each year available to every Play developer regardless of the size. 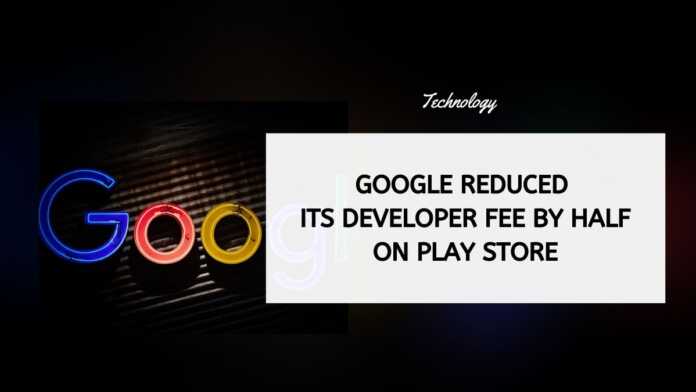 Google recently announced that it is reducing the service fee for Google Play Store by half for most developers.

“Starting on July 1, 2021, we are reducing the service fee Google Play receives when a developer sells digital goods or services to 15% for the first $1M (USD) of revenue every developer earns each year,” the company wrote in a blog post on Android Developers site.

The company said that with this change, 99% of its developers globally that sell digital goods and services on its app store, that is, Google Play, will see a 50% reduction in their fees adding that these funds will help developers scale up at a critical phase of their growth.

While Google announced a reduction in the developer fee, it also put a cap on it. The company also announced that the reduced fee will be applicable on the first $1 million of total revenue earned each year available to every Play developer regardless of the size.

“We believe this is a fair approach that aligns with Google’s broader mission to help all developers succeed,” the company added.

The move follows the company’s decision to roll back its planned Play Store commission expansion in South Korea following a backlash from the local software makers over the steep Play Store cut.

It is worth mentioning that Google had doubled its developer fee to 30% in September last year. It had also made it mandatory for developers to use their own payment system for app purchases. The latest move brings down the developer fee by nearly 50%.