The website for the web app has gone live but there's no option to record yet. 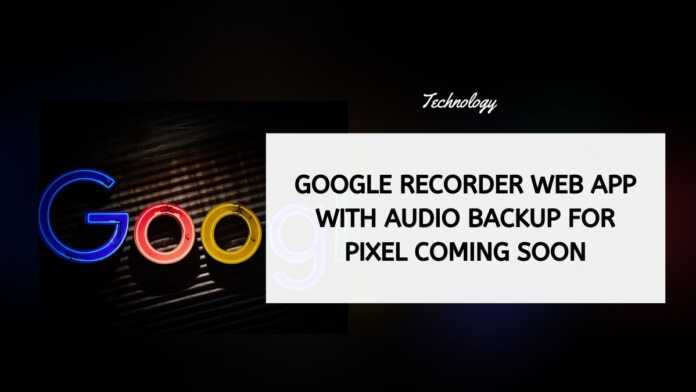 Google is now planning to release a Recorder web app soon. The web version of the Recorder app will have the ability to backup audio on Pixel phones.

A new recorder.google.com website has gone live with the interface of the Pixel Recorder app, first spotted by 9to5Google. The website doesn’t have any functionality at the moment but it reads, “Share, play, and search your audio with Recorder for web.” It also mentions that “recordings backed up from the Recorder app on your Google Pixel will appear here.”

There’s no option to record any audio on the web app yet. But we do get a glimpse of how the interface will look like. On top is the search bar where you can search for your recordings.

The audio controls are at the bottom with controls to play/pause, rewind 5 seconds back or jump 10 seconds ahead, scrub and control the volume.

9to5Google notes that the Recorder for web app requires an update to the Android app as well but it’s not available yet. Once it is available though, Pixel phones will be able to start uploading recordings to the cloud. There’s no official word yet but Google is expected to roll out the new app version soon.

Google’s Recorder app comes with features that transcript audio recordings in real-time on Pixel phones. On the Pixel 5, it lets users edit and share through video clips.