Neverware is a company that owns a software called CloudReady. 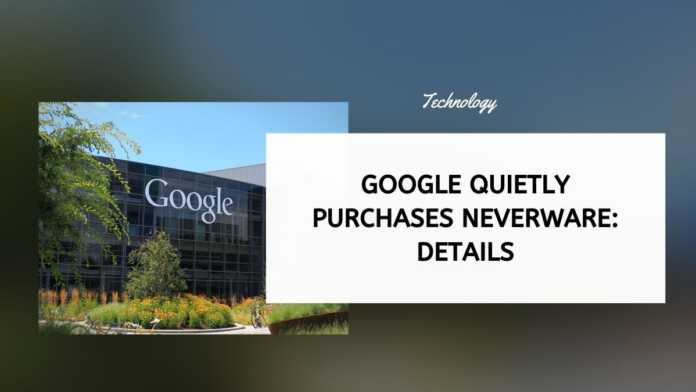 Google has quietly purchased a New York-based company called Neverware for an undisclosed amount. Neverware, in an update on its FAQ page, said that ‘Neverware is now part of Google’.

“We’re pleased to share some very exciting news: Neverware and CloudReady are now officially part of Google and the Chrome OS team,” the company wrote.

To give you a quick brief about Neverware, it’s a company that owns a software called CloudReady. This software enables users to convert their old PCs into a system that runs on ChromeOS.

This elongates the shelf-life of the old PCs that are unable to run on Windows 10 which is much more demanding than Chrome OS. Neverware offers both a free tier for personal use and paid tier for enterprises.

Neverware has clarified that while it has been purchased by Google, there will be no major changes to its platform as of now and that it will continue to be available as it has been up until now.

The company, on its FAQ page explained that in the long run all its existing customers will automatically be upgraded seamlessly.

“Over the long term CloudReady will become an official Chrome OS offering, and existing customers will be upgraded seamlessly as that happens,” Nevermore wrote.

The company also said that there won’t be any changes to the Neverware support policies following this shift.