Google has now decided to delay the event saying that “now is not the time to celebrate”. 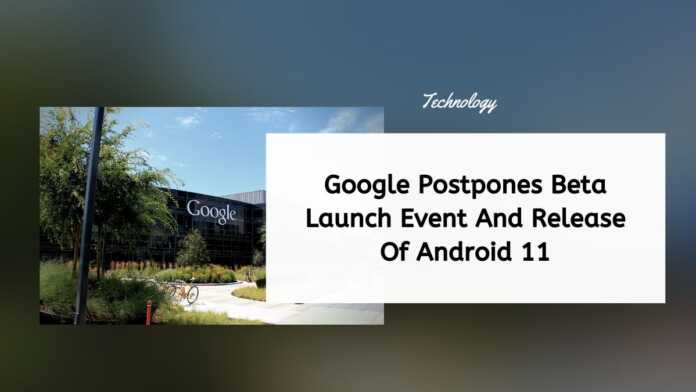 Google is postponing its virtual event for the beta launch of Android 11. The launch event was scheduled to take place on June 3 with the beta release of Android 11 as well.

Google in a tweet made the announcement saying that “now is not the time to celebrate”. There’s a lot happening in the world and in the US with Covid-19 and the protests in Minneapolis as well. Google hasn’t given a date as yet for when it will launch Android 11 beta.

We are excited to tell you more about Android 11, but now is not the time to celebrate. We are postponing the June 3rd event and beta release. We’ll be back with more on Android 11, soon.

The event would be hosted by Dave Burke, VP of engineering at Android. A post-show live Q&A was also prepared for which users could tweet their questions using the hashtag #AskAndroid.

The first beta version of Android 11 has already been delayed by a month and it is now being delayed again for end users. Google has however released the developer previews of Android 11 with the final one that went out this month.

The company has however assured that there’s no change in the schedule for the stable version of Android 11 which is Q3.

Google usually rolls out new Android versions in September and if there are no hiccups we should be seeing Android 11 around this time too.

The Android 11 developer preview can be tested on the Pixel 2, 3, 3a, and 4 smartphones only. Some of the new features in Android 11 revealed so far include resizing for picture-in-picture, a new select tool for the recent menu, and more.