Google is slashing its fees on Google Play Store following pressure from developers and lawmakers. 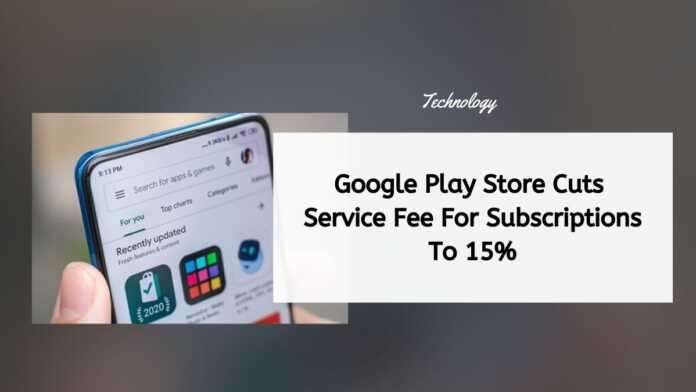 Google is slashing the fees it takes from subscription services on its app store following pressure from developers and lawmakers. It also said that it is reducing service fees to 10 percent in the Media Experience programme in the ebooks and on-demand music streaming services category.

Google said it’s making the change because “customer churn makes it challenging for subscription businesses to benefit” from getting a discount in the second year. “Digital subscriptions have become one of the fastest-growing models for developers, but we know that subscription businesses face specific challenges in customer acquisition and retention,” Sameer Samat, a vice president at Google, said in a blog post.

The company also faces broader criticism that the Google and Apple Inc. app stores have grown too powerful and force developers to play by restrictive rules. Apple also charges 15% for subscriptions after the first year, but hasn’t lowered the cut from 30% in Year One.

Google Play Store apps that aren’t subscription-based will still have to share 30% of their revenue, but that drops to 15% for the first $1 million in revenue as well. The company says that 99% of developers qualify for a service fee of 15% or less.

Gaming revenue, the largest driver of both Google Play and App Store sales, isn’t affected. That’s because most games use in-app purchases, which are separate from subscriptions. Subscriptions typically apply to productivity services, media apps like newspapers and music services, and dating apps.

The company is also changing its fee structure for media apps. Earlier this year, Google launched a Play Media Experience program for select developers that charged a variable rate below 15% depending on the type of media app.

The program will now make rates as low as 10% for those partners. Such apps require over 100,000 monthly active users, plus deep integration with several Google services and cross-device support.