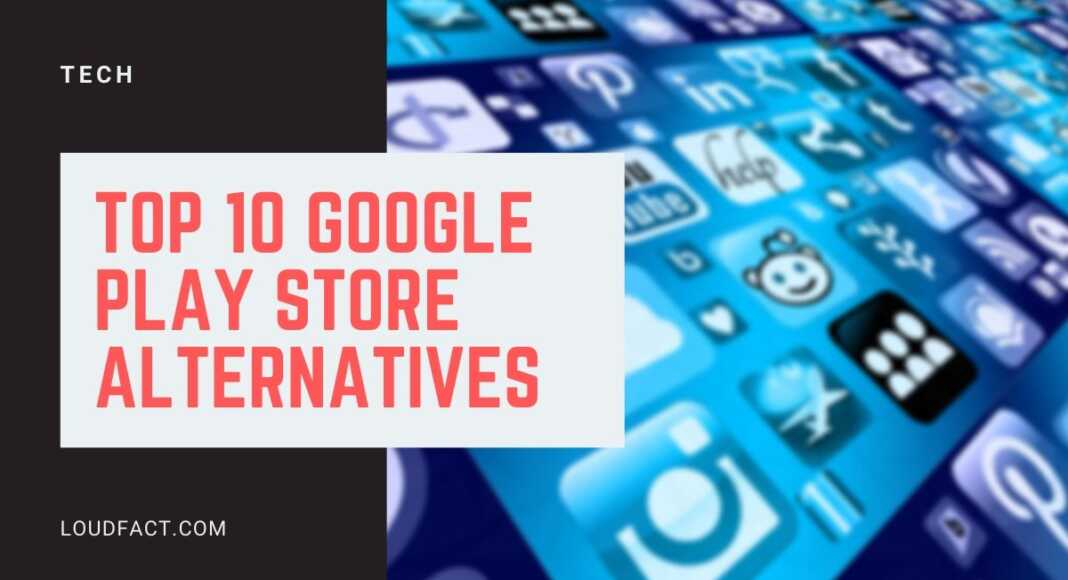 Google Play Store policy is very strict, but many complained about terminations of their accounts without proper reason. So what may be the reason behind it, these terminations create favorable situations for other app stores to grow?

Here are the top 5 Google Play Store alternatives for Developers:

No doubt Amazon App Store is the biggest competitor to the Google Play store. Amazon gives away one paid app freely access every day but using the dedicated amazon app store, this is the only one source to access them. This is the main reason behind its growth.

As of the first quarter of 2018, 432,900 mobile apps were available. This represents a 12.58 percent growth in available apps compared to the previous quarter. So if you are looking for an alternative to Google Play Store then this the best option to choose.

It’s the oldest app store that gives more than a thousand android apps and games freely. If you ever owned a J2ME or Symbian based device, then you must be familiar with GetJar. GetJar claims to reach over 200 million Android users too. So with this much of valuable users, it’s the best place to publish your app.

One of the most sophisticated app sources is Aptoide. It works with a distributed network of different store providers and unifies them under the Aptoide platform. To date, there are 120 Million unique devices that have installed Aptoide, making this app store top market in terms of a user base that is engaged and generates millions of downloads for its community of app developers and publishers.

Mobogenie is another good alternative market to download android apps and games for free. it allows users to choose from varieties and download related apps. This combines with a desktop app for easy file management between your computer and smartphone/tablet. It’s easy to navigate, secure, and also integrates a backup option.

Get Apk is the best alternative to play store. There are lots of verities app available, play store doesn’t allow every type of app, games, and books, where GetApk allows its developers to publish every type of apps. But it only supports free apps.

Launched in August 2014, APKMirror is a website that allows users to download Android application package files in order to sideload apps on Android devices from outside the Google Play Store.

This website is run by the same people behind AndroidPolice which is one of the biggest Android news websites. All uploads are manually vetted and approved, and only free apps are allowed so you won’t find any ‘cracked’ apps or ‘warez’.

AppBrain is yet another alternative to google play store which has a huge app library. Apart from that AppBrain is a leading mobile ad network that offers a unique pay-per-install app promotion service specific to the Android market.

APKPure is a website that allows users to download .apk and .xapk files in order to sideload apps on Android devices from outside the Google Play Store. When Google and Apple removed the popular music app TikTok in April 2019, many websites told users to use mirror websites such as APKPure and APKMirror to download it. In this way, it gets more exposure.

Samsung Galaxy Store is an app store used for devices manufactured by Samsung Electronics that was launched in September 2009. The service is primarily shipped on Samsung Galaxy smartphones, Samsung Gear, and feature phones. Unlike other alternatives to the google play store, this store can only be accessed by Samsung devices.