Google Play Music To Shut Down Globally In October

Google Play Music shutdown process will start from September onwards and all support will be ended by December. 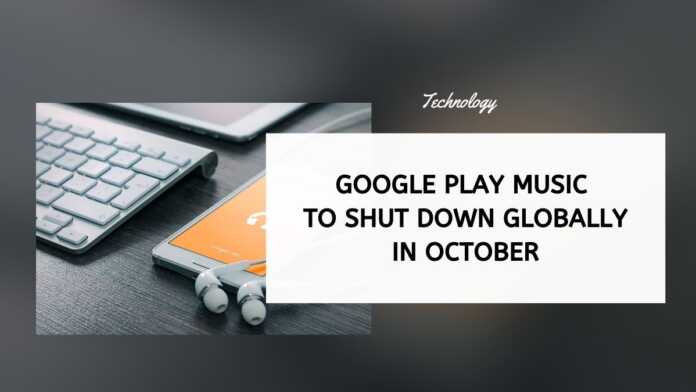 It also introduced a process for Google Play Music to transfer their library on YouTube Music. In a blog post, YouTube announced Google Play Music will stop working for users in New Zealand and South Africa this September.

In October, Google Play Music will stop working globally. This means that existing users will not be able to stream from or use the app at all. It will also stop allowing users to purchase, pre-order music, upload or download music on Google Play Music from late August.

There’s still a buffer time until December 2020 for users to transfer their Google Play Music playlists, uploads, purchases, and likes to YouTube Music.

There’s YouTube Music’s transfer tool that lets users migrate any purchases to the platform. Another way is to use Google Takeout to export data and download purchased and uploaded music on YouTube Music.