Google Play Music service is confirmed to shut down globally by this month. 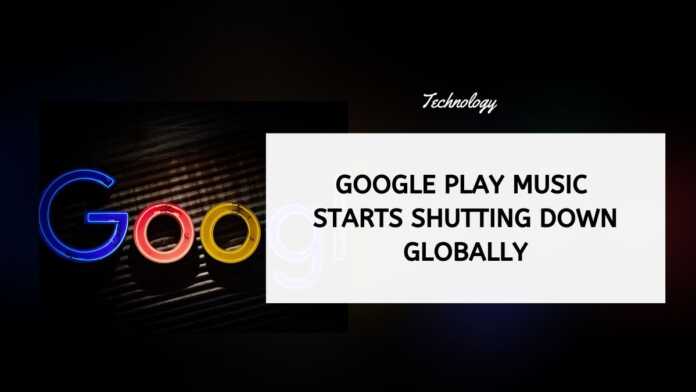 Google has been preparing its users for the shutdown of Play Music. It began the process of shutting down the service in September in New Zealand and South Africa and in all other global markets this month.

Google will end all support for Play Music by December this year. Google Play Music shutdown appears to have reached multiple markets with many users unable to use the service anymore.

Google Play Music app on Android and iOS and the web version shows that the service is no longer available. This isn’t a surprise though as Google has already confirmed the shutdown of Play Music for YouTube Music to take over.

Google had earlier announced that users will no longer be able to stream from or use the Google Play Music app by this month. Google first stopped purchasing, pre-ordering, uploading, and downloading music from Play Music in late August.

Google is still giving users a buffer time till December to transfer all their data like playlists, uploads, purchases and likes to YouTube Music.

After this deadline, the Google Play Music libraries will no longer be available for users. Google will still notify all users before it ends support, and remind them to transfer their data.

Users can also opt for Google Takeout to export data and download purchased and uploaded music on YouTube Music using the transfer tool which Google introduced back in May.