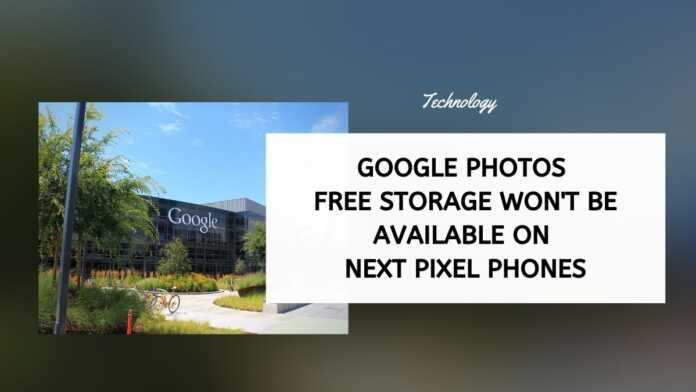 Google Photos will go through a major change next as it will stop offering free storage to users. All photos and videos backed up on Google Photos from June 1, 2021 will be counted toward the 15GB storage that every Google user gets for free.

Google has confirmed to Android Central and Android Police that new Pixel phones launching in 2021 will not have free unlimited storage on Google Photos.

This means that future Pixel phones will come with the same 15GB free storage, and once that’s filled up users will have to opt for paid subscriptions.

Google’s 15GB free storage is divided across Gmail, Drive, and Photos. Considering how almost everything is on the cloud these days, ample storage space is an important requirement.

Google announced it will stop offering users free unlimited storage on Photos. Users can continue using the free backup till the deadline next year. Post that, all uploads will be part of the 15GB storage count. Photos and videos backed up till then will remain in Google Photos.

However, it’s a big move from Google, and a disappointing one to users. Google lets users back up photos in high quality but compressed, for free. With less storage space, users will now have to go for paid subscriptions like Google One, Dropbox, OneDrive, and Apple One for iPhone users.