This Google Phone feature has started rolling out to select devices. 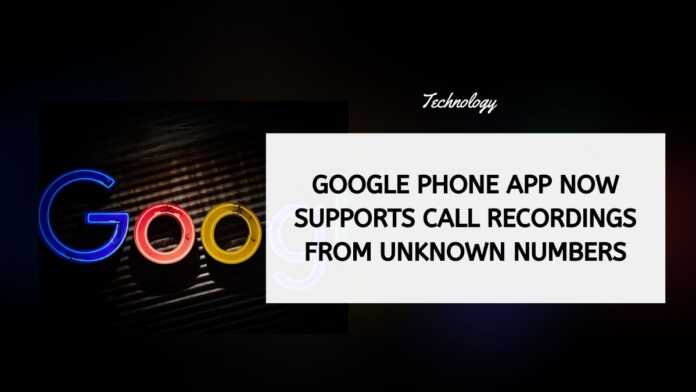 Google started testing this feature back in January this year, according to a report by XDA Developers. Google has started rolling it out to some devices. You can manually find out if the Google Phone app on your phone supports call recording or not.

Tap on the three-dot menu on the Google Phone app, and select settings. Here, look for “call recording” from the list of options displayed. If your phone has the feature then it will be visible in the settings menu.

Here is how you can enable call recording for unknown numbers,

Note that for this feature to work, call recording should be permitted in the areas where you and the other person currently live. Google will also notify both parties ahead of time that the call is being recorded.

Google also highlights that phone recordings are stored only on the phone. And if your phone runs out of storage, call recording will be suspended. So make sure that there’s enough storage to save these recordings.