A teardown of the Google Phone app shows that it automatically records calls from unknown numbers. 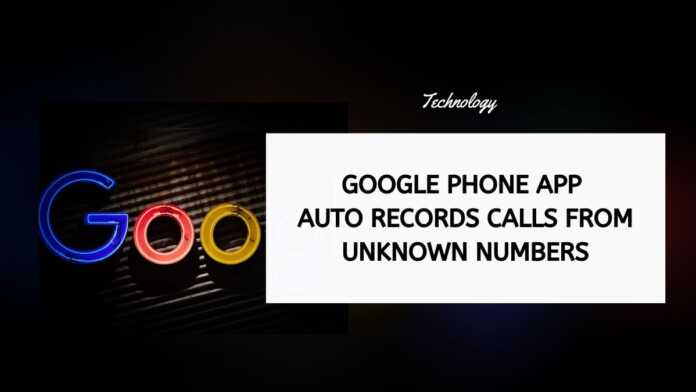 Google introduced its own Phone app last year and the Google Phone app works, for now, on Pixel and some Nokia and Xiaomi smartphones.

During a call, users will spot a recording button appear on the ongoing call screen. If you press on that you will hear a voice notifying both parties that the call is being recorded.

An APK teardown of the latest Google Phone app version 59, done by XDA Developers, revealed some strings of text that indicate that there is a new feature that will allow users to begin recording all phone calls from unknown callers or numbers.

One of the strings of code reveals – “You or the other person in your call might be somewhere that requires everyone to consent to being recorded. Everyone will be notified ahead of time that the call is being recorded. It’s up to you to follow laws about recording conversations. Recordings are stored only on your phone.”

Another string shows a confirmation of an automatic call recording option. There is an option to “Always record” and another says “Cancel”.

It is to note that just because an app teardown has revealed a feature before it has been activated that does not necessarily mean that it will be officially rolled out. Further, Google has neither confirmed nor denied the existence of this feature.