The company is also adding a new fee on instant transfers done via Google Pay. 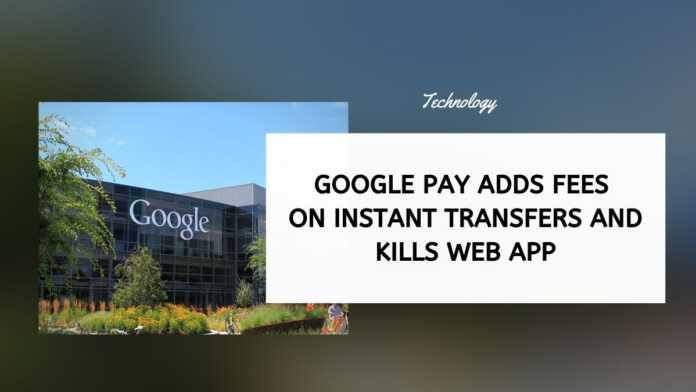 Google in the past couple of weeks has done major changes to its digital payments platform, Google Pay. The company recently overhauled the logo and the design of the platform. However, it looks like Google isn’t done transforming Google Pay yet as it is planning to make a bunch of other changes to the platform.

A recent report suggests the company is planning to kill its web app in early January. As of now, Google Pay’s web app offers the ability to manage payment methods. It also allows users to send money to family and friends. Now, word is that the company is killing the web app or at least a part of it.

While users may not be able to transfer or receive money, they will still be able to use the platform for managing payment methods.

Additionally, Google is also adding a new fee on instant transfers done via Google Pay. This means that if users try to transfer money from their Google Pay accounts to their debit cards via instant transfer, they will either have to pay 1.5% or 31 cents, whichever is higher, Android Police reports.