Google Nearby Sharing To Soon Arrive On Chrome Browser

Google’s wireless file sharing service ‘Nearby Sharing’ is set to come to the Chrome browser and here are the features looks like. 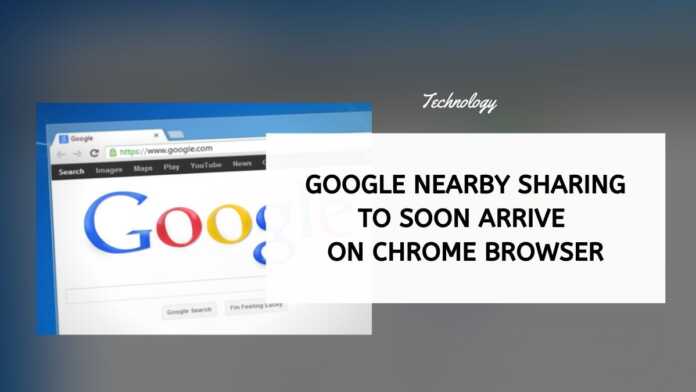 Google’s long-awaited AirDrop-rival ‘Nearby Sharing’ is inching closer to an official roll-out. The feature is already rolling out to Android users, albeit gradually. It is also going to come on Google’s Chrome browser.

Ahead of a wide roll-out, Google’s Nearby Sharing has debuted in Chrome’s latest Canary release. First reported by Techdows, a desktop version of the Nearby Sharing is seen in action.

According to the report, Nearby Sharing will be available via chrome://nearby. On this page, you will see options such as select people you would like to share a document/multimedia with. On the right-hand side, you will see a list of compatible devices nearby as well.

Google’s Nearby Sharing will be available on Windows, Chromebook, Mac, and Linux platforms. The recent Windows 10 1803 build already supports the feature.

Just a quick recap, Nearby Sharing will allow you to share content with compatible devices in the proximity using your mobile data or Wi-Fi network.

As you would have already figured, it is very similar to Apple’s popular AirDrop feature. It is worth noting that Samsung is also said to be working on something similar, dubbed as Quick Share.