The latest update to Google Messages prepares for a new way to handle the annoying iMessage reaction messages. 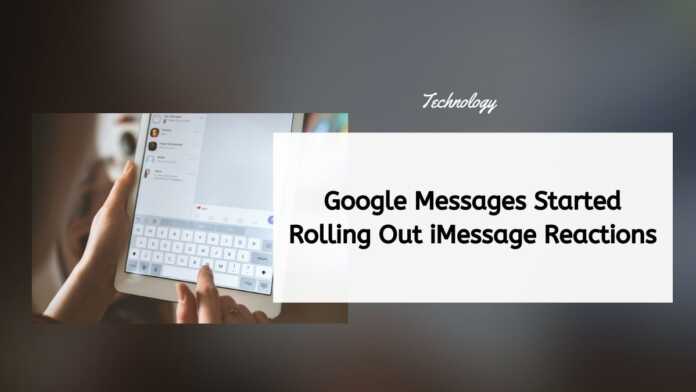 Google Messages is set to narrow the gap between Android and iMessage. No, the green bubbles are not going away anytime soon but Google is apparently updating the app to let Android users see reactions from iMessage users in a better way. Instead of the text replies making all reactions verbose, it’s going to use emojis.

Hence, if your friend reacts with “Haha”, you will be seeing a laughing emoji instead of the “Haha‘I am doing great!’”. Google has not released it yet but a leak has found these developments inside the APK files of the Google Messages app. Google will essentially map iMessage reactions and show them as emojis. A neat way to make texting interesting, right?

Apart from the message reactions, Google is also working on a way to remind you of a contact’s birthday. If your contact information contains birthday information, Messages will show an animated banner to remind you of wishing a happy birthday. This banner could be displayed within the chat window or the conversation list.

Both these features were first reported by 9To5Google, and this update is already rolling out to users across the world. It remains to be seen whether something similar happens on Apple’s side. The iMessage ecosystem is tightly knit and works naturally with iPhone users only.

If you are on an iPhone and want to transition to an Android device, you can now export your WhatsApp chat history as it is from the Apple device to your Android phone.

The feature is currently available for Samsung users only but WhatsApp will eventually roll this out for other Android phones in the future. Previously, the only way to transfer backups between these two platforms was to use paid third-party services.