Google Meet Is Getting Emoji Reactions

Google also announced that over the next few weeks it will roll out a ‘Mute All’ button in Google Meet. 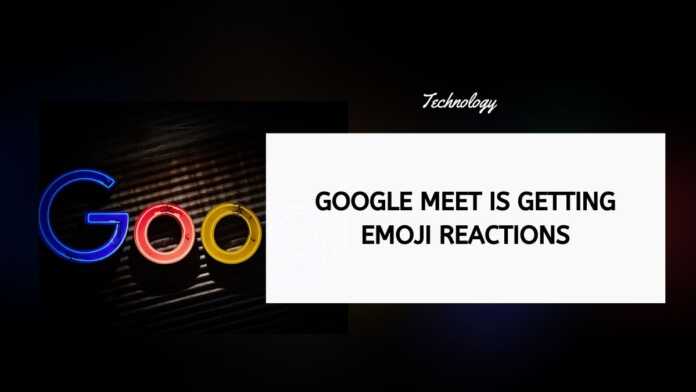 Google announced a bunch of new features that will be available in its video conferencing app, Google Meet. For instance, the company said that teachers will soon get the option to end meetings for everyone on the call, which in turn would prevent students from staying on after the teacher has left the meeting.

This feature when released will enable students to engage easily and express themselves freely in a meeting on the video conferencing platform.

The company said that students will be able to pick emoji skin tones to best represent them and react in class in a lightweight, non-disruptive way. Teachers and admins, on the other hand, will have full control over when reactions can be used.

In addition to this, Google also announced that over the next few weeks it will roll out a ‘Mute All’ button in Google Meet that will help educators keep class on track.

“And since sometimes it’s important to teach without interruption, launching in the coming months, meeting hosts will be able to control when students can unmute themselves,” the company wrote.