Breakrooms will allow users to split a call into a maximum of 100 groups. 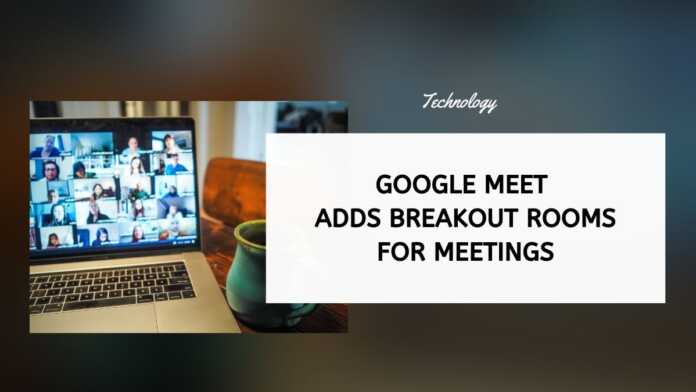 Google’s Meet video conferencing service is going to offer breakout rooms but for starters, they will only be available only to G Suite Enterprise for Education customers for now.

With this new feature on Google Meet, teachers and educators will be able to break their classes into smaller groups for projects or focussed discussions.

Google explained in a blog post that you can make up to 100 breakout rooms in a single call. As a moderator, once you decide how many breakout rooms you want, Google will randomly group people on the call into rooms.

If you want to try out these new breakout rooms but you aren’t an Enterprise for Education customer, you might be able to use them sometime soon, you just have to wait.

This feature will be coming to other G Suite and Google Workspace editions “later this year” Google has mentioned in the blog.

These breakrooms aren’t a new feature though, Google Meet’s biggest rival Zoom has had breakrooms for all users since 2015 so this is Google, essentially playing catch up. However, on Zoom, users can be split up only into 50 different rooms, and not 100 like Google Meet will offer.