Google Maps will help millions of users by giving them real-time and more accurate information on a wildfire. 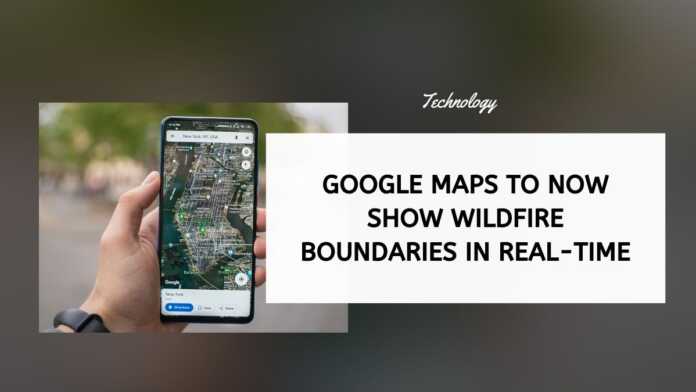 Google has rolled out a new feature for Maps users that shows wildfire boundaries in real-time. Google’s new feature is currently available to Maps users in the US. The company had conducted a pilot test of the feature in California last year.

Google says when users will search for things such as “wildfire in California” or a specific wildfire like “Kincade fire”, they will see an approximate boundary of the wildfire.

The insights will also include location, name, news articles, and other necessary assistance sourced from local emergency agencies.

Google Maps will also warn users if they’re in the proximity of an active wildfire. The application will also deliver an ambient alert to users when they search areas near a wildfire on Google Maps.

Google also explained what technologies it used under the hood to make the new feature a reality. The company said it leveraged on National Oceanic and Atmospheric Administration’s (NOAA) GOES constellation of satellites and Google Earth Engine’s data analysis capabilities to show the size of a wildfire in real-time.

Google revealed that the data is refreshed almost every hour. It also pointed out that the satellites in use come with infrared and optical sensors that have been optimized for detecting such wildfire hotspots. The company then runs computations on this data on its Earth Engine to identify the affected areas.

“From there, we create a digital polygon—the red boundary shown on the map in Search and Google Maps—that represents the approximate wildfire impact area. If multiple large fires are active in the same region, people may see several polygons,” said Google in a blog post.