The dark mode is now available to users across the globe. 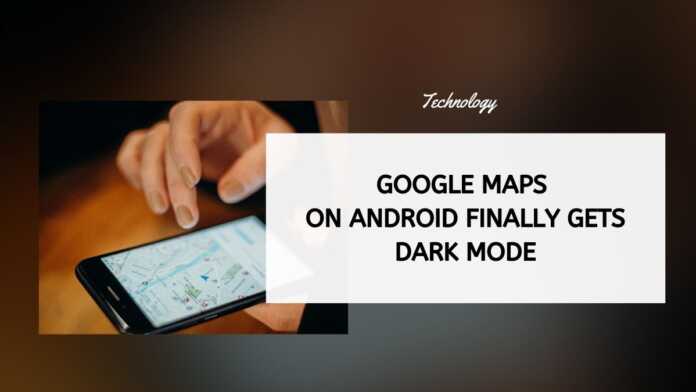 The company took to Twitter to notify its users that the much-awaited dark mode was now available on “Google Maps”. “What do we want? Dark theme! Where do we want it? Google Maps!,” Google wrote in a tweet via its Android handle.

What do we want? Dark theme! Where do we want it? Google Maps!

As far as the feature is concerned, users need to download the latest version of Android OS, that is, version 10.61.2, to access this feature. Once updated, users will be greeted with a prompt that will ask them about their preferred theme settings when they open Google Maps for the first time.

“New! Maps in dark theme” the prompt reads. It then gives users three options to pick from. These options are — always in light theme, always in the dark theme and same as device theme. Once users pick their preferred settings and tap on the Save option, Maps will change colors.

On enabling the dark mode, the text in the app and the menu turn grey while the navigation bar and the map in general sans the green patches of lands turn into a night-blue-like color. Similarly, other elements turn a shade darker. The Maps icon and the profile icon near the search bar, however, remain the same.