Google Maps Is Rolling Out Detailed Maps For These Four Cities

This feature is available for Tokyo, London, San Francisco, and NYC. 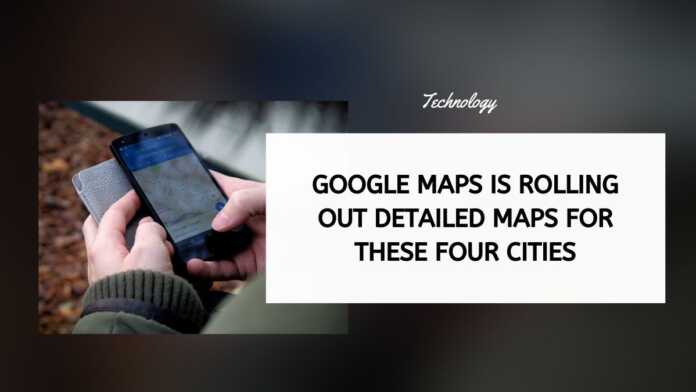 Google Maps not only helps users navigate the twists and turns of the new city but also enables them to avoid traffic as they get to their workplaces and vice versa. Now, Google’s navigation app is getting an update that will give users a more detailed and accurate view of a city.

Google, last August, announced that it would soon be rolling out a more detailed map of select cities around the world. The company had said that soon users will be able to see highly detailed street information that shows the accurate shape and width of a road to scale.

The company had also said that users would also see exactly where sidewalks, crosswalks, and pedestrian islands were located. Now, nearly five months later, the company has finally started to roll out the update to Google Maps.

This feature is a part of the server-side update, which means that you will get it regardless of the version of the status of the Google Maps app that you are using. It is possible that you don’t notice the changes when you are logged in to one account. Android Police, which noticed the changes first, recommends switching the accounts to see the update.

When you get the update, you will be able to see the accurately scaled road widths, pathways, and stairs in parks, sidewalks, crosswalks, and medians and pedestrian islands. Google says that some map areas with street-level details might have uneven borders.

However, there’s a catch. This detailed map is available only for four cities across the globe, which includes London, UK (Central London), New York City, USA, San Francisco, USA, and Tokyo, Japan (Central Tokyo). If you are living in any other city, you will have to wait for the company to bring this feature to your city to be able to use it.