Google also announced that it is rolling out support for mixed page orientation in Google Docs. 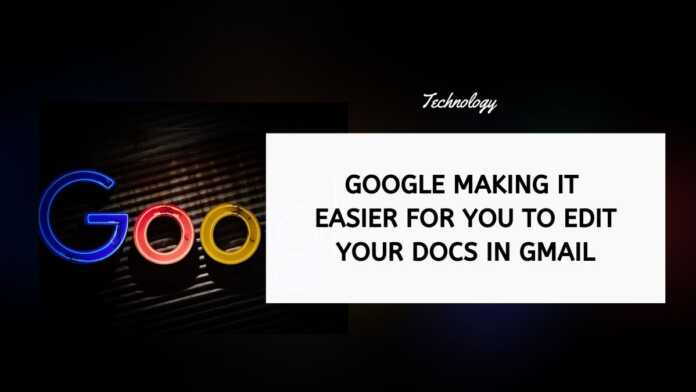 The company has announced that now Gmail users can open Office files for editing directly from a Gmail attachment. Simply said, when a user receives a Word document as an email attachment, they can open and edit in Docs with a single click while preserving the Word file format. In addition to this, users can also respond to the original email thread and include the updated file, right from Docs.

Google also announced that it is rolling out support for mixed page orientation in Google Docs. This will enable users to create Docs or edit Word files with mixed landscape and portrait pages.

The company also said that next year it will add support for inserting images behind text and watermarks on Google Docs, which will give users more flexibility while working.