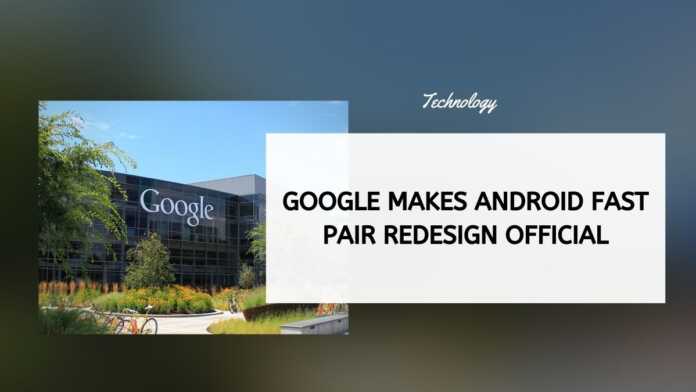 Google had been testing a redesign of its Bluetooth pairing feature ‘Fast Pair’ on Android. This redesign is now official and available on Android smartphones.

The redesign is also similar to the pairing mode on iOS for AirPods. Android’s Fast Pair works with over 100 Bluetooth devices from brands like JBL and Sony.

The redesign is big if we compare it to how the original was. Google launched Fast Pair back in 2017 with the first generation Pixel Buds. In the original design, Google would show a pop-up notification on top of the screen displaying the product’s name with its picture and options to connect or cancel. The redesign puts the feature more upfront as compared to the original one.

Google first started testing this redesign with the 2nd-gen Pixel Buds in December, as spotted by 9to5Google. It launched to more devices last month as a Google Play services update, and it worked with headphones from Bose and OnePlus. With the new update, Android Fast Pair should work with more devices.