This new feature is being rolled out as a server-side update. 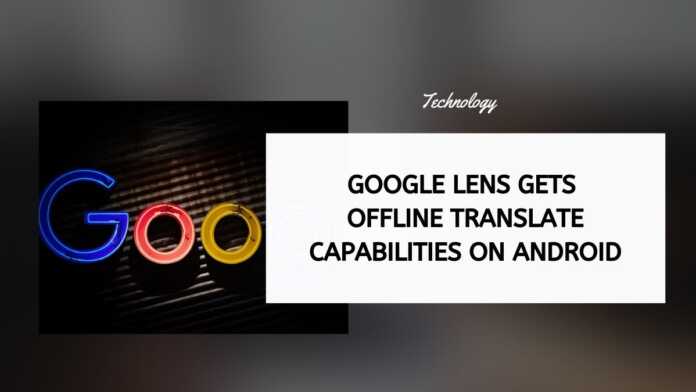 As per a report by 9To5 Google, to use this feature, users will have to download the latest version of Google Lens on their Android smartphones. The good news is that Google is rolling out this feature as a part of the server-side update so you don’t have to update the app manually to get this feature.

As far as the usage is concerned, once the app has been updated the first time users open the app there will be some adjustments to make. The report notes that when users open the app (after updating) they will have to open the Translate filter and click on the ‘Pairing’ pill under Google Lens to open the ‘Select Language’ screen.

Here, they will see a ‘Tap to download’ prompt that will highlight a new button to various languages. This new button will enable users to download the specific language and on downloading it will be an indicator of the languages that the app will support in the offline translation mode.

The report also notes that Google Lens’ offline translate feature will start translating the text even before users have clicked the shutter button. The results will be overlaid on the live preview and there will be a bottom sheet that will show the translation that occurred along with giving users the option to copy all of the translated text.