These changes are being rolled out as a part of a server-side update this week. 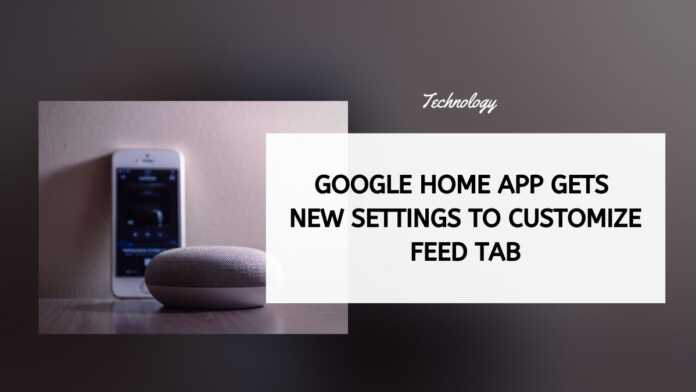 Google has been making swift changes to the Google Home app. Now, a new report says that will make it easier for users to customize the Feed tab in the app.

9To5 Google reports that Google has started rolling out a new setting in its Google Home app. This change aims to make it easier for users to customize the Feed tab in the app such that they can choose the type of events that appear in various sections in the tab.

The report says that the company has added a new button called the Feed customization setting in the top-left corner of the app’s second tab. This section starts with the ‘Whole Home’ category two categories, which includes ‘Household Routines: Home & Away Routine’ and ‘Wi-Fi: Network status, Wi-Fi activity’.

The page also has a ‘Cameras’ category similar to the Whole Home category. This category will list all the devices that are available in a user’s home with their capabilities. The screenshot shared by the publications shows Nest Hub Max listed in the category.

Typing on each of these options lets users see the kind of feed that they want to see. For instance, tapping on the Household Routines option enables the user to see Home and Away Routines, while tapping on the WiFi option gives users the ability to control Network Status and Wi-Fi activity. Similarly, tapping on the Hub Max option lets users control People and Motion.