Google Pixel Notepad may come with the Google Tensor SoC. 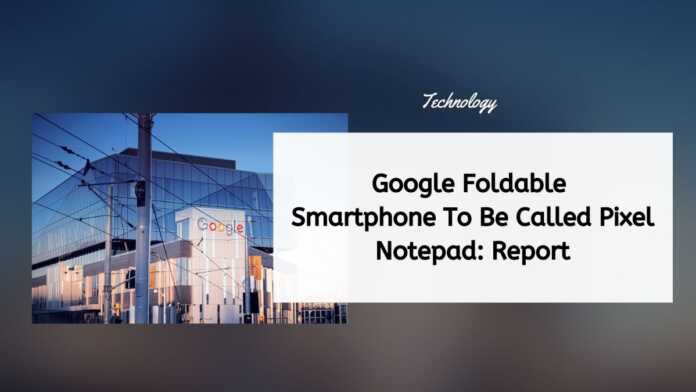 Google’s rumored foldable phone may be called Pixel Notepad, as per a report. The alleged smartphone is said to feature a form factor similar to the recently-launched Oppo Find N, and is claimed to be more affordable than the Samsung Galaxy Z Fold 3.

This new foldable smartphone from Google is tipped to come equipped with the same Google Tensor SoC that powers the vanilla Pixel 6 and Pixel 6 Pro smartphones, however, it may offer a downgraded camera in comparison to the Pixel 6 series.

As per 9to5google reports that the Google Pixel Notepad is the working brand name, and Google also took “Logbook” into consideration for the name for its foldable smartphone. Further, the Pixel Notepad could be priced less than the Samsung Galaxy Z Fold 3 that was launched at a price of $1,799. The foldable Google phone is tipped to be available in limited markets.

The report also mentions that Google has denied commenting on the “rumors or speculations” revolving around the inclusion of a less powerful camera system on the alleged Google Pixel Notepad as compared to the Pixel 6.

Previously 9to5Google said that Google’s foldable smartphone is expected to look more like the Oppo Find N and not like the Samsung Galaxy Z Fold 3. Google Pixel Notepad is also claimed to be powered by Google’s Tensor SoC that currently powers the Pixel 6 devices.

The publication found two animations in Android 12L Beta 2 depicting how to insert a SIM card into what looked like a foldable phone. The first animation shows a phone with a different appearance from a regular bar phone, and there seems to be a hinge on the left side suggesting the device is in a folded state.

The second animation shows the same insert animation but in a wider smartphone indicating a phone in an unfolded state. There is also a joint in the top and bottom center of the alleged Google Pixel Notepad depicting the hinge.