Google Earth Can Now Be Accessed By Non-Chrome Browsers

Apart from Firefox, Edge, and Opera, Google said it is working to add Google Earth support for Apple’s Safari browser as well. 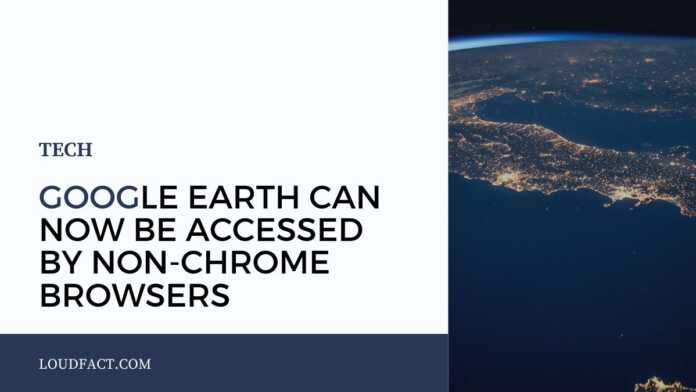 Google is now rolling out its ‘Google Earth’ on browsers other than Chrome. This essentially means you can now access the web version of Google Earth on Firefox, Edge, and Opera.

Google had launched the web version of Google Earth in 2017. At the time, Google used the Chrome-only Native Client (NaCl) technology to make the service available on browsers.

The technology, however, also ensured the service remained exclusive to Google Chrome. Google has now moved Google Earth for Chrome onto WebAssembly (Wasm), the W3C web standard which has seen a much wider adoption.

“Since the initial launch of Google Earth on web; it has been accessible using the Chrome browser. This is because it was built using Native Client (NaCI), which was a Chrome-only solution. Back then, this was the only way we could make sure that Earth would work well on the web. Much has changed since that time and WebAssembly has emerged as the leading open standard, with browser support maturing greatly over the past few years,” wrote Jessi Beck, Software Engineer, and Jordon Mears, Tech Lead Manager, Google Earth in a post.

Google acknowledged that the Google Earth team still needs to do a lot of work. This will include “polishing” the experience on all browsers as well as adding support on Apple’s Safari browser.