Google’s video chat app on Android TV will start out in beta and then roll out to all users. 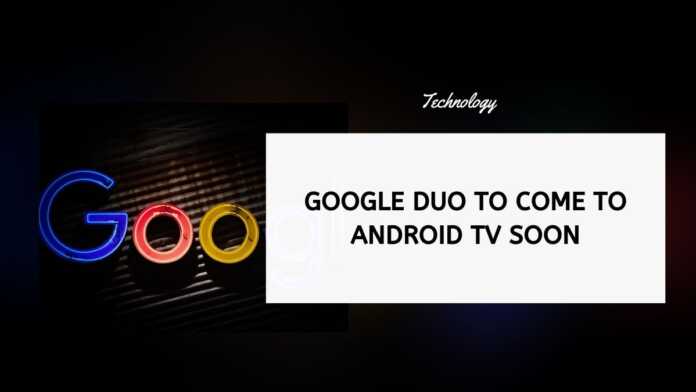 Google is going to bring its video chat app Duo to Android TV. Google Duo on Android TV is going to be a native app that will let users start a video call right from their TV screen.

The beta version of Google Duo for Android TV is going to be released in the “coming weeks”. Users can launch one-on-one group video calls with the app on the TV and if your TV does not have a camera built-in, you can plug in a USB camera, Google explained in a blog post.

Users will have to check if their TV supports the option of plugging in a USB camera though. This move is a continuation of Google’s plans to bring its video communication apps to bigger screens.

The combination of the couch and the TV screen might be a better option than the PC or the phone.

Google eventually plans to replace Google Duo with Google Meet, but until that happens, the company wants to best optimize the use of the video chat app on all its platforms.

The expansion over platforms and ways of how one can use Meet will help Google as it continues to compete with Zoom and Microsoft Teams.

And this face-off is going to continue, as Google mentions on the blog – after all, video calls are not going anywhere.