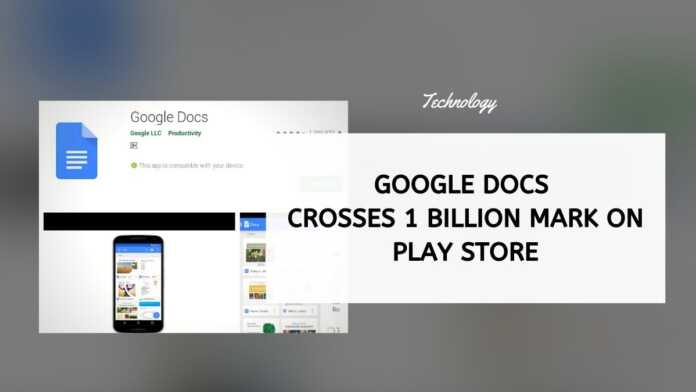 Google Docs is undoubtedly one of the most important and useful products that Google has in its stockpile. This cloud-based word processor comes free with every Google account and it not only enables users to create and edit documents but also collaborates with others over the same.

Now, this popular service has achieved a major milestone. Google Docs has crossed the one billion downloads mark on the Play Store.

Google released the Google Docs back in April 2014 and it took the application nearly four years to touch the half-a-billion mark. The app registered 500 million downloads on the Play Store in October 2018.

After that, it took the app just two years to amass another 500 million downloads to touch the one billion mark in October 2020.

As per a report by Android Police, while being preinstalled on many devices did help the app to garner more numbers, but it was the rise in downloads by students on their smartphones and tablets amid the pandemic that helped in bolstering the app’s numbers.

Additionally, Google, earlier this year rolled out dark mode on Google Docs. In case you haven’t enabled the feature yet, here’s what you need to do: Open Google Docs > go to the menu and open settings > select theme and dark.