Google has extended support owing to the slow migration of enterprises to Windows 10. 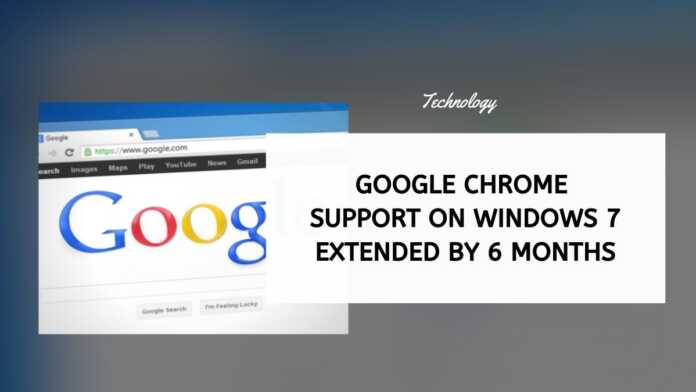 Google has decided to extend support for Chrome on Windows 7 by up to six months. Google had previously given a deadline of July 15, 2021, however, it is extending it based on feedback from its customers.

Google in a blog post explained how the migration from Windows 7 to Windows 10 is going to take longer than expected. According to Google, 21% of organizations are still on Windows 7, and so far 78% of companies have completed the migration.

Google has also highlighted that 1% of organizations are planning to start migrating soon. The deadline extension is six months for now, and Google will continue to evaluate the situation and make changes accordingly.

“With this extension of support, enterprises with their upgrades still in progress can rest assured that their users remaining on Windows 7 will continue to benefit from Chrome’s security and productivity benefits,” Google said in its blog post.

“IT teams can also take advantage of Chrome’s existing enterprise capabilities and future roadmap, including our continued investment in cloud management, enterprise security capabilities, and our plans to integrate more closely with the broader ecosystem across the operating system versions,” it added.

Enterprises now have until January 15, 2022 to continue using Chrome on Windows 7, and eventually migrate to Windows 10. The extension is notable because although personal users have moved to Windows 10, many organizations still rely on Windows 10.

Microsoft ended support for Windows 7 earlier this year in January, however, it continues to provide security updates to enterprise customers.