Google Chrome is all set to change and may well look like Windows 11, according to a new report. 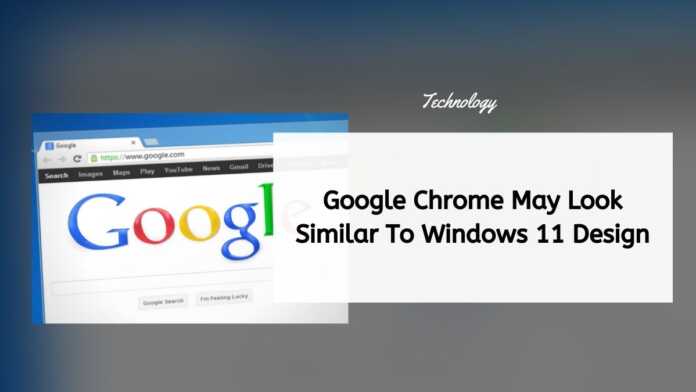 Windows 11 update is right around the corner and the company has given all its apps a fresh coat of paint to better fit in with the look and feel of Windows 11. As expected, other popular app makers are also beginning to introduce visual changes to better integrate with Windows 11, and surprisingly, the latest app to join the club is Google Chrome. It is being reported that Google Chrome may not really keep its signature style that most people are used to.

Google Chrome for Windows could receive an update in the future that will better integrate the browser with how Windows 11 looks, according to a report by MSPoweruser. The Google Chrome browser will get rounded context menus, to replace the sharp, menus that can be seen when using the browser today.

Apart from its apps, Windows 11 has also introduced other changes, including the Windows Taskbar, Start Menu, and much more, all of which are now translucent with a little blur.

In a post on Reddit, user Leo Varela shared a new patch discovered on the Chromium Gerrit, where new changes and updates to the Google Chrome browser’s code was detected. The new patch is titled “Configure menus with rounded corners for Windows 11”.

While Windows 11 will only come to select computers that are compatible with Microsoft’s stringent hardware requirements, the post also claims that the new context menu’s theme will also show up for users on Chrome running Windows 10.

However, it remains to be seen whether Chrome modifies the patch to make sure that the context menus display only for users who have installed Chrome on Windows 11, as the new context menus would certainly seem out of place on an older computer running Windows 10.