Google Celebrates Its 22nd Birthday With A Special Doodle

This time Google celebrates its birthday through a video call. 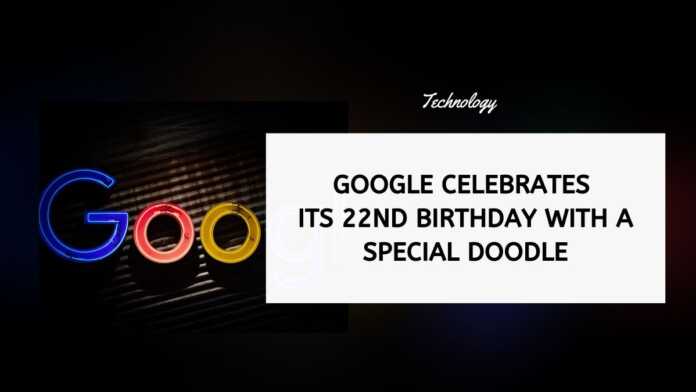 The Google Doodle for Google’s 22nd birthday features the logo ‘G’ sitting in front of a laptop doing a video call. The birthday celebration video call is with the rest of the letters – OOGLE.

There’s also a piece of cake and presents in the Google Doodle. The representation of the Doodle is quite appropriate for the current situation where most people have celebrated and still are through video calls.

If you tap on the Doodle from the Google homepage, it will open to a Search results page for well, Google. You can also share the Google Doodle on Facebook, Twitter, and via email.

There’s also a copy button for the link so it’s easier to share it anywhere. As with every Doodle, this one too has a page with a short description of the celebration.

Google was founded by Larry Page and Sergey Brin in 1998 when they were both Ph.D. students at Stanford University. As for the word “Google”, it comes from the mathematical term “googol”.

“While walking in the woods of New Jersey, American mathematician Edward Kasner asked his young nephew Milton Sirotta to help him choose a name for a mind-boggling number: a 1 followed by 100 zeros. Milton’s reply? A googol! The term gained widespread visibility twenty years later with its inclusion in a 1940 book Kasner co-authored called “Mathematics and the Imagination,” Google explained in its Doodle page.