You can only see your existing events up to the point that your computer was last online. 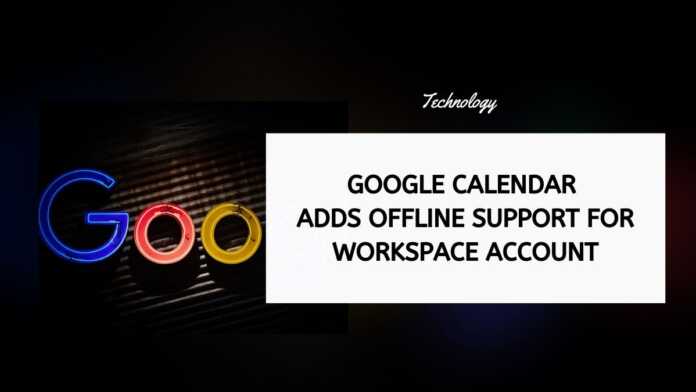 If you are worried about your internet connection ruining your work then you have good news as google Calendar adds offline support. Your calendar doesn’t have to be synced to an app on your computer or laptop if you want to access it offline – Google announced that it has enabled ‘offline’ support for their web-based Google Calendar.

In a blog post detailing the new functionality, Google says that you can now look at all your existing events even when you lose connectivity, similar to its other services like Google Docs, Sheets, and Slides that also include basic offline support.

The company says that after you turn on offline mode for Google Calendar, you can view your events up to four weeks before and after and choose from weekly, daily, and monthly views.

However, not all users will have access to the feature which is now rolling out to some users – it only works on Workspace accounts for now, but if you do have one, you can head over Calendar’s settings and choose the new “Offline” tab on the left and check the “Turn on offline calendar” box, to turn on the feature.

Google cautions that the feature also has its limitations – while you’re offline, you can only see your existing events up to the point that your computer was last online. You still won’t be able to create any new events or even edit an existing entry.

This is understandable, as the calendar events themselves are hosted on Google’s servers and the lack of internet connectivity would make editing them nearly impossible.