Google Assistant has received a bunch of new family features just in time for Mother's Day. 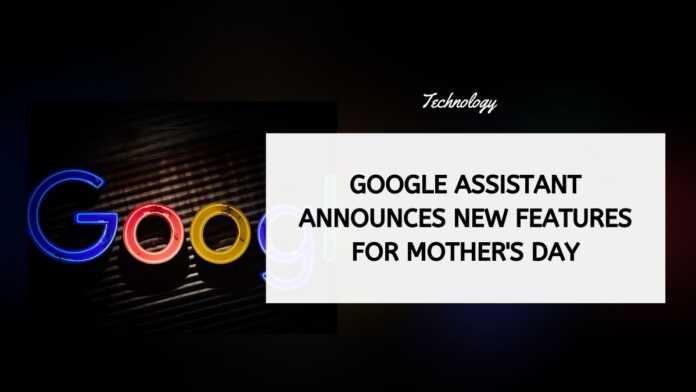 Google has announced new family features for Assistant just in time for Mother’s Day. Google Assistant is getting an improved Broadcast feature, new ‘Family Bell’ reminders, new stories, and games. Google has also added a few easter eggs that will be activated when setting a timer on Mother’s Day.

Google Assistant users will now be able to broadcast messages to all members across devices using Family Broadcast. This feature will work on smart displays and speakers connected with the Google Family Group. The message will also reach iOS and Android phones, and the receiver can reply by voice or by tapping the reply button.

Google has also updated Family Bell reminders so users can just stay “stop” to end the bell. Users won’t have to say “Hey Google” again. This feature will be available first in English. Family Bell will also now ring across multiple home devices at one time starting today.

Google Assistant is also getting new stories and games that can be accessed from a smart display or an Android device. Google has partnered with Pottermore Publishing for Harry Potter stories. It is also bringing the “Who Was?” series from Penguin Random House to smart displays.

There are more stories available, and users can get the whole list by saying “Hey Google, tell me a story.” The popular trivia game “Are You Smarter than a 5th Grader” has been added to the Nest Hub.

Google has also added new songs to help kids do tasks. The new songs are for kids to clean up, go to sleep, and brush their teeth. Google said the handwashing song became very popular so it decided to create new ones hoping it will have a similar effect on kids.

As for the easter eggs, you’ll have to set a timer on Mother’s Day and see what happens.