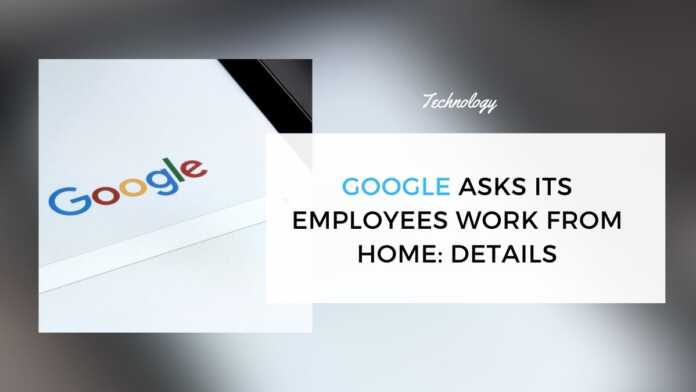 Starting from March 12 Google has advised all its employees in North America, Europe, Africa, and the Middle East to work from home.

This expands on the recommendation that was sent on Tuesday to the North American employee asking them to work from home until April 10.

Google had previously asked employees in the San Francisco Bay Area, Dublin and Seattle to work from home.

However, Google’s North America offices will remain open for workers if they need to be physically present for their jobs and this applies to offices in Europe, Africa, and the Middle East as well.

Guidance for offices in Asia is different depending on site and region, though it precedes the move to ask North American employees to work from home, Google told The Verge.

Google temporarily shut its China offices at the end of January and has not reopened them since.

Further, Google isn’t the only company practicing caution. Tim Cook encouraged Apple employees on Sunday to work from home “if your job allows” from March 9 to March 13.

Last week, Apple, Microsoft, and Facebook along with many other tech companies had asked its employees in the Bay Area and Seattle to work from home.

Google has also established a COVID-19 fund that will enable all its temporary staff and vendors worldwide to take paid sick leave if they have potential symptoms of the disease, or cannot come into work because they are quarantined.

“Working with our partners, this fund will mean that members of our extended workforce will be compensated for their normal working hours if they can’t come into work for these reasons,” Adrienne Crowther, Director, Workplace Services at Google, wrote in a blog post on Tuesday.

Google has also confirmed that it will give its hourly workers their regular pay if they had to miss work due to coronavirus.