Google said it no longer supports Windows 7 for building Chromium. 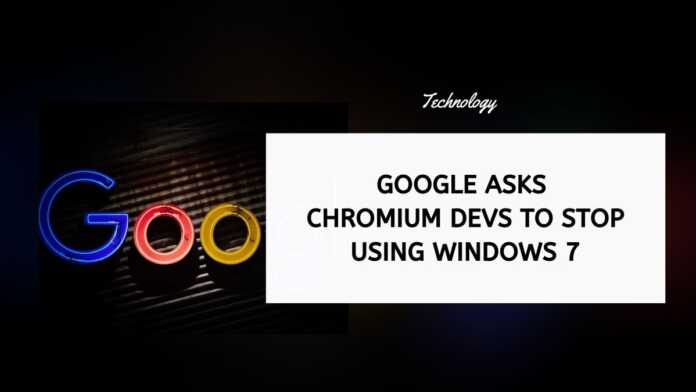 After Microsoft pulled the plug on Windows 7, Google has asked Chromium developers to stop using the decade-old operating system. It is worth noting that Microsoft and Chromium communities no longer support Windows 7.

Google engineer Bruce Dawson in a post on developers website explained, “I don’t remember a decision to require Windows 10, but it seems inevitable that it will happen at some point, and maybe that time as now. There have been a few Windows 7 breaks lately and it eventually gets expensive to keep fixing them.”

“Community fixes could probably be accepted. Right now we don’t even know what the current problem is so the first step if somebody wants a fix would be for somebody who is encountering the problem to find out what has gone wrong – none of us have Windows 7 machines anymore. Using the debugger or event viewer or process explorer might reveal the problem, and maybe it will be something worth fixing,” he added.

Dawson added it may not a practical solution and even if it is used, another Windows 7 break may take place. He added that Google did not announce any date for Windows 7 support end because Google developers stopped using a “while ago”.

Separately, Google on its Chromium resource page confirmed it no longer supports Windows 7 for building Chromium.

“This updates the documentation and modifies one of the build scripts so that a readable error message will be displayed when building on Windows 7 is attempted,” the company added.

Microsoft pulled the plug on Windows 7 earlier this year. Since then, the company is making efforts to push Windows 10 among individuals, developers, and businesses.