Gmail For Android Gets A Cool New Compose Button

This new Compose button is not available in Gmail's web or iOS-based platforms yet. 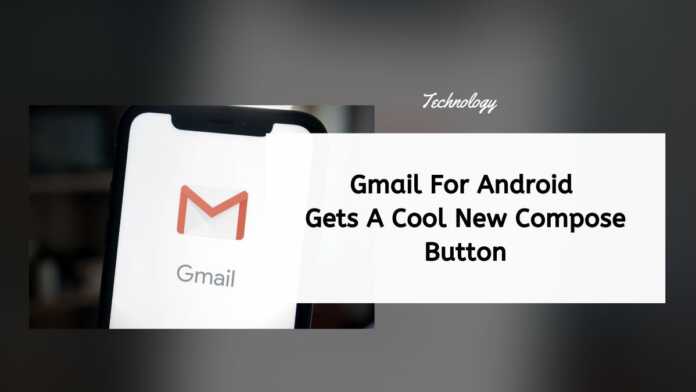 Google has made a small change to its Gmail app. The company has changed the look and feel of Gmail’s floating compose button.

Google last year had introduced a new compose button for the Gmail app. The compose button consisted of a multi-colored ‘+’ icon that was housed inside a circular floating menu that could be spotted on the bottom right corner of the app.

Now, the company has replaced its circular plus icon with an oblong-shaped floating menu that has a pencil-shaped icon next to the word ‘Compose’.

The publication noted that the company has started rolling out the updated compose button to its users across the globe via a Play Store update.

In case you are an iPhone user and wondering when a similar update will be rolled out to Gmail’s iOS-based app then you are out of luck.

Gmail hasn’t rolled out the updated compose button to its iOS-based app. But given the feature has already been rolled out on the Android OS, an update for Gmail’s iOS-based shouldn’t be far behind.

As far as Gmail’s web-based platform is concerned, Google is still showing the multicolored + icon along with ‘Compose’ on the top left corner of the screen. That said, Google has a history of syncing its app and web-based design and so it is possible that Google will roll out the update on to the web in the coming days.