Gmail Completes Roll Of Dark Mode On iPhone And iPad

Dark Mode was announced for Gmail way back in September of last year. 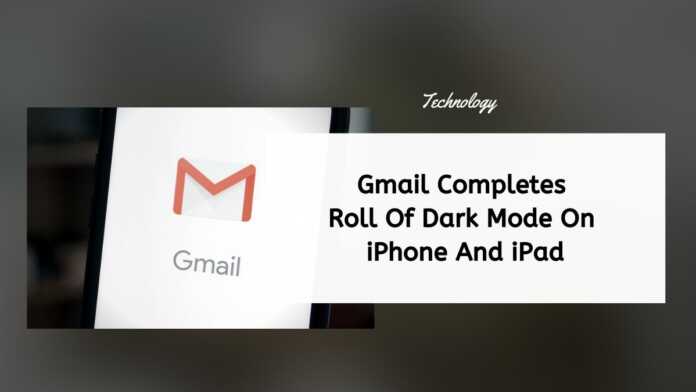 Google has finally rolled out its long-awaited dark mode for Gmail on iPhone and iPad, after months of delay.

Version 6.0.200519 of Gmail, which propagated through the App Store includes the following release notes: Pro tip (if you haven’t noticed). You can now switch between dark or light themes after upgrading to iOS 13. Or you can use the default system theme.

Dark Mode was announced for Gmail way back in September of last year, but rollout since then has been patchy on iOS.

However, now one can activate Dark Mode within Gmail through the Menu section of the app, located in the top left-hand corner of the screen (three-line icon).

From there select ‘Settings’ and then ‘Theme’ to select either ‘Light’, ‘Dark’ or ‘System Default’.

Gmail over the last couple of months has added a couple of new features to its Gmail app for iOS, including support for Siri shortcuts when sending emails, and adding attachments to emails from the iOS files app.