Samsung's SmartThings app can now give the control of your Nest devices. 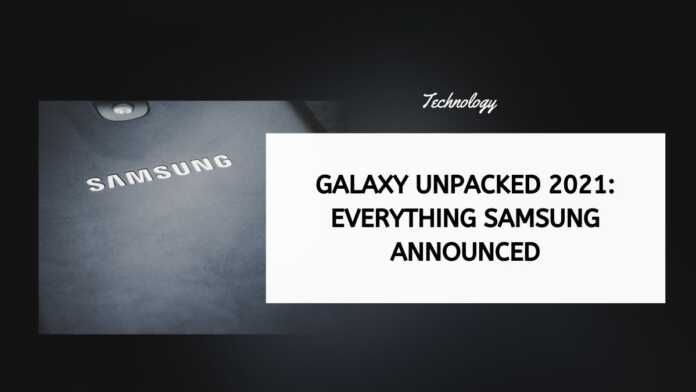 Samsung hosted its first Galaxy Unpacked event of the year. At the event, that was held virtually this year owing to the pandemic, Samsung launched its Galaxy S21 series smartphones.

In addition to launching the Galaxy S21 smartphones, Samsung also launched its next-generation earbuds, the Galaxy Buds Pro. Apart from this, the company launched SmartTags and SmartTags+ tracking devices that connect with the company’s SmartThings app to enable users to keep a track of things, like their wallets and keys, to which these devices are attached. ‘

Apart from this, the company announced a partnership with Google. Here is everything that Samsung announced today:

All of these smartphones come with 5G connectivity and are powered by an octa-core processor that has been designed using the 5nm process.

Samsung also launched the Galaxy Buds Pro at the event. They come with a two-way speaker system and an intelligent ANC feature. They come with a 61mAh battery IPX7 dust and water-resistant technology. They cost $199 and they are available in Phantom Black, Phantom Violet, and Phantom Silver color variants.

Samsung also launched its Tile-like tracking device called the Galaxy SmartTag. It enables users to keep a track of things, like keys, that they are connected to. Samsung says that they are accurate up to 10m. The Korean giant has launched two variants of the device.

Lastly, Samsung announced a partnership with Google as a part of which Galaxy device owners will be able to control their Nest devices using Samsung’s SmartThings app.