Fitbit OS 5.0 that comes pre-loaded on the Sense and Versa 3 will not be available to Versa 2 and older watches. 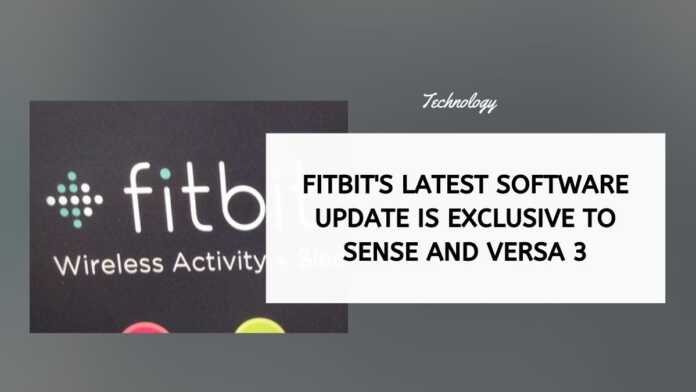 Fitbit OS 5.0 comes preloaded with the new Sense and Versa 3. The new update brings some major UI changes and features, however, for those on the older watches from Versa 2 onwards will not get the new Fitbit OS 5.0 update.

Fitbit confirmed to 9to5Google that the new OS upgrade will not roll out to the older devices. The company said that new features on Fitbit OS 5.0 are customized for the new display and speaker on the Fitbit Sense and Versa 3.

Fitbit said that the new update is its biggest ever since it launched the Ionic in 2017. This however doesn’t mean that Fitbit is ending support for the older devices. Users on the older watches will simply miss out on the new features.

With Fitbit OS 5.0, navigation on the smartwatch will be quite different. Now swiping left to right will take users back to the previous page. Pressing the side button on the Fitbit Sense or Versa 3 will take the user back to the clock face.

Fitbit has also introduced a new system font called “Raiju” that’s said to make better use of the space on the screen. Fitbit OS 5.0 is also designed to make the smartwatch easier to use while moving or running.

Fitbit Sense and Versa 3 are the latest smartwatches from the company. Fitbit Sense is the company’s flagship smartwatch and it comes with features like an ECG sensor, and stress management tools as well. Fitbit Versa 3 comes with upgrades like built-in GPS, and faster charging.