Firefox faced the issue of introducing a policy that blocks trackers on the web without breaking the page, not letting images load properly, or poor overall performance. 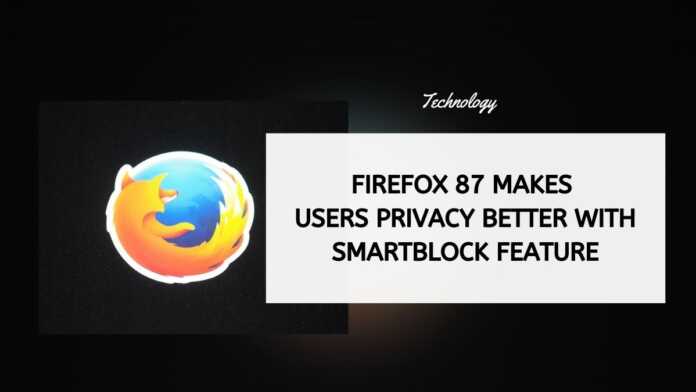 Firefox recently updated its browser, making its grip tighter than ever when it comes to user’s data and privacy. With the launch of Firefox 87, the firm has also introduced a new feature called SmartBlock, which it explains is “a new intelligent tracker blocking mechanism for Firefox Private Browsing and Strict Mode.” What this means is that the feature aims to make privacy protections stronger.

The browser maker states that with extra-strong privacy protections in Private Browsing windows and Strict Mode, Firefox faced an issue of introducing a policy that blocks trackers on the web without breaking the page, not letting images load properly or poor overall performance.

“To reduce this breakage, Firefox 87 is now introducing a new privacy feature we are calling SmartBlock. SmartBlock intelligently fixes up web pages that are broken by our tracking protections, without compromising user privacy,” states the blog post.

This feature works by providing local stand-ins for blocked third-party tracking scripts. These scripts are said to work just enough like the original ones, making sure the website works properly. “They allow broken sites relying on the original scripts to load with their functionality intact.”

The firm states that since SmartBlock stand-ins are bundled with Firefox, no third-party content from the trackers are loaded at all. Also, the stand-ins too, don’t contain any code that would support tracking functionality.

This piece of news comes just shortly after a report, stating that Firefox will soon update its referrer policy. This means that the browser will essentially limit the information that one site shares with the other regarding their previous location on the web.

Unfortunately, as Mozilla explains on its Security Blog, the HTTP Referrer header also contains private user information and it can reveal which articles a user is reading on the referring website or even include information on a user’s account on a website.