FaceTime Is Coming To Android, Windows Via The Web 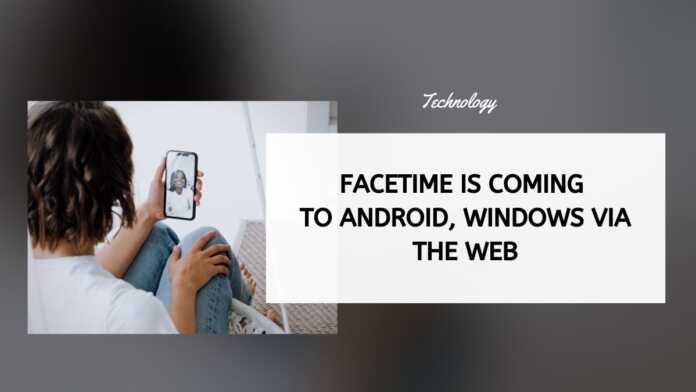 Apple at its annual developer conference, WWDC 2021, introduced the latest iteration of its operating system for iPhone users. The latest iOS 15 comes with a wide range of new features and updates, covering messaging and user interface. As part of the update, FaceTime is getting a facelift, and of course, a bunch of new features.

The portrait mode has also come to FaceTime. As it implies, users can now blur the background, just like you can do on Zoom and other video conferencing platforms.

Another interesting update for FaceTime is SharePlay. The feature allows users to stream content with their friends simultaneously. Participants can also control a few playback features.

Apple also announced the availability of SharePlay API for third-party apps. Already, it has partnered with OTT platforms like Disney+ and HBO Max. There’s also support for Apple Music and Apple TV Plus.