Facebook Sparked will let users go through a series of video speed dates that last for four minutes. 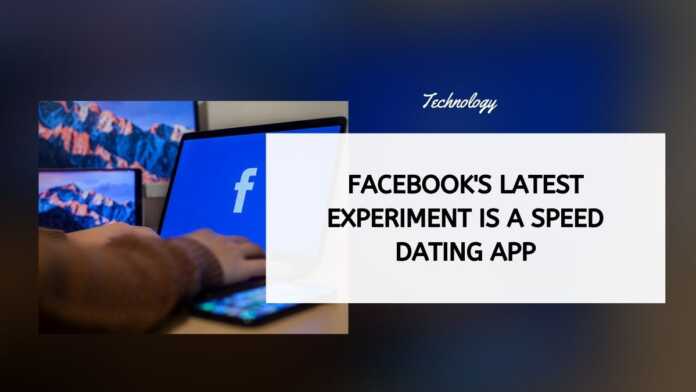 Sparked has been developed by Facebook’s experimental app team, NPE. Facebook Sparked has a dedicated site where users can sign up for the dating platform.

Facebook Sparked is different from other dating apps as it doesn’t offer public profiles, swiping, and even DMs, according to a report by The Verge. The app is basically a video chatting platform but for speed dating that lasts for four minutes.

Facebook also lets people extend the speed dating to 10 minutes if “you both have a great time.” As it progresses, users will be able to contact each other through Instagram, iMessage, or email.

The report added that the theme for Facebook Sparked is kindness. The app’s web page itself reads “video dating with kind people.” Even when a user is signing up on the dating app they have to type out what makes them a kind dater.

This is important because a human reviewer will actually read those reasons and decide whether the user can use the dating app. There are also options for people to choose their preference including men, women, nonbinary, and trans.

Facebook will recommend compatible people through the user’s private profile. It will also show relevant dating events based on “who you are and what you’re looking for.” It looks like speed dating takes place in events, and users can choose which one they want to attend. But the initial stage to get to these events rely on recommendations by Facebook.

Facebook Sparked is currently available only through its website. An iOS or Android app isn’t available yet.